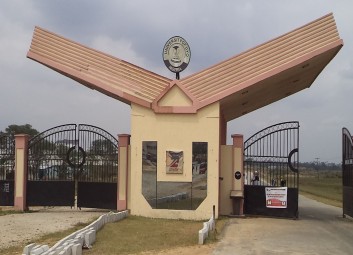 University of Uyo (UNIUYO) Wednesday, has declared January 25th as the official resumption date for academic activities and February 1st for First semester Examination to complete the 2019/2020 academic session.

Codemint.net gathered from a reliable source which happened to be a Digital media consultant and doubles as Mass media Lecturer in the University of Uyo as he publicly shared in his social media handle. In his words “UNIUYO resumes officially on the 25th of January, 2021. UNIUYO 2019/2020 first semester examinations begin on February 1, 2021.

This eventful announcement came days after the Minister of Education, MR Adamu Adamu in agreement with the Presidential Task force for Covid 19 announced his uncertainty over the earlier school resumption date slated for January 18th due to the surge in covid 19. This announcement since then has raised concerns and worry among many parties involved including undergraduates who demonstrated their disapprovals on twitter earlier this week.

Other Universities including University of Lagos, (UNILAG) through the approvals from its Senate has also fixed their resumption date for January 25th. Although UNILAG intends to resume their academic series online, the JOY expressed by students knows no bound.

Recall that ASUU has commenced its industrial action February 2020, less than a month before Covid 19 pandemic struck.  The pandemic which forced closure of major economic sectors including education tend to have bitten more than it should.  While undergraduates itch to resume and get back to the class room, ASUU and federal government rally in their politics while the PTF for covid 19 are insisting on following preventive protocols against the Virus.